United usually matches fares from low fare carriers, but you must fly in “basic economy” to get them

United usually matches fares from low fare carriers, but you must fly in “basic economy” to get them

How to avoid fake fare deals

Airlines have borrowed this fake sale tactic from the retail world, and travelers need to be equally skeptical of the claims of big savings when airlines promote fare sales.

Having tracked airline sales for nearly 30 years, I’ve become pretty good at spotting the real deal. One of the most important things I’ve learned about airline pricing behavior is this: When airlines send you an email, or take out an ad about a fare sale, or send me a press release, it’s most likely not that great of a deal. Instead, it’s the unpublished, hyper-competitive, short term fare wars where travelers really get the best deals.

The first thing bargain hunters need to focus on is timing. Right now in peak summer season, you may see headlines that scream “fare deal” but when you dive into the fine print, you will likely see that those great deals are for flights next fall or winter. If you can plan that far in advance, it’s a great time to snag a cheap fare, but few of us can plan that far out.

As you may already know, fares can be all over the place, but generally they are cheapest in January and February when demand for travel is at a low point. But few of us want to travel when it’s cold and wet.

Keep in mind that the cheapest, bargain basement fares are found on low-fare carriers, or when booking “basic economy” on major airlines. These fares come with a lot of extra fees and restrictions that may or may not work for you, so be sure you know what the fees are before you book.

During peak summer season (mid-June through mid-August), and peak holiday season (late December) there are really not any great deals at all. That’s when you have to pay full freight and hope to find a flight at a decent time with something other than a middle seat! (Unless you are flying to somewhere like Las Vegas in July — more about that here.)

Spring and fall are generally busier and fares rise, but there are pockets of really good deals — this is actually the best time for fare deal shopping because airlines are frequently adjusting fares based on demand and an astute shopper can land a really good deal, usually in April or May, and again in October or early November. (For example, Hawaii is usually cheapest in May and October. Cruise fares bottom out in October, too.)

Don’t miss a shred of important travel news! Sign up for our FREE bi-weekly email alerts.

Some of the most common fake fare sales I see are to Hawaii. Since the “Southwest effect” wore off last spring and fares went up, airlines have been pushing “sale” fares of $199 each way to Hawaii from California. That may sound like a good deal, but I’ve been watching Hawaii fares for 15 years and know that $199 each way or about $400 round trip is just an okay deal. A really good deal is when those roundtrips dip closer to $300 during slower periods.

Similarly, transcontinental flights between California and New York have quietly been on sale for much of the last year. We covered that here — and the deals are still as low as $237 round trip but have dipped even lower than that.

So how do you know if a sale fare is really a good deal? If you live in the Bay Area, keep an eye on my TravelSkills on SFGate blog, or sign up for our bi-weekly email alerts, or follow our Facebook page. You should also sign up for airline twitter feeds because sometimes that’s the only way they’ll promote their deepest discounts.

You can also set up fare alerts on Google Flights or Kayak. Plenty of websites help track low fare deals — some of the best are Thrifty Traveler, Scott’s Cheap Flights, and the Flight Deal. The Hopper App specializes in advising on low fares. Kayak and Google also offer helpful tools that advise on whether a fare is a really good deal or not based on historical data. 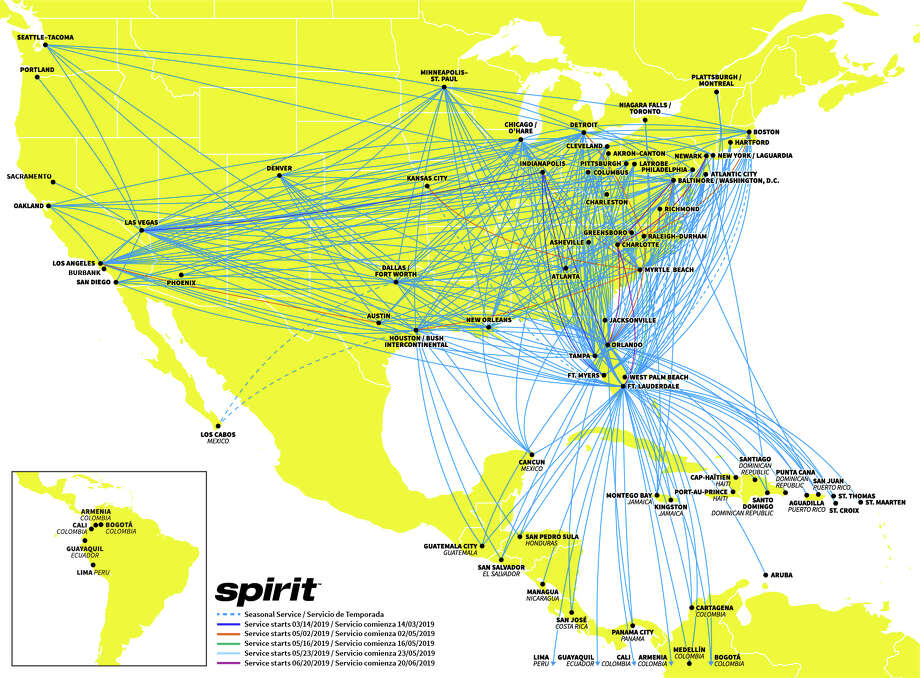 For the most part, you are only going to find really good deals on routes where there is plenty of competition. How do you find that? Domestically, see the route maps of Frontier, Spirit or Allegiant. Once you see a route that works for you, do a Google Flights search to see how airlines are responding to the competition. (Here’s How to Use Google Flights).


For international flights, you’ll usually find good deals to cities in Europe served by Norwegian Air. Turkish Airlines also has many good deals but flights require a stop in Istanbul, which can be out of the way.

As always, if you see a fare that feels good and works with your budget, snatch it up! Most of those feel-good fares will not last long.

Finding fare deals is not an exact science. It’s a game, but you have to play it if you want to fly cheaply.

How you do find cheap fares? Tell us in THE COMMENTS.

Get twice-per-week updates from TravelSkills via email! Sign up here

Chris McGinnis is the founder of TravelSkills.com. The author is solely responsible for the content above, and it is used here by permission.  You can reach Chris at chris@travelskills.com or on Twitter @cjmcginnis.

Chilling in the Desert: 7 Summer Deals

Spend five nights in the Algarve at a four-star hotel with...