SEOUL, Oct. 26 (Yonhap) — An economic think on Friday released recommendations on what the government can do to improve the country’s tourism industry, citing Japan as an example to follow.

The recommendations by the Korea Economic Research Institute (KERI), relayed to the tourism ministry, enumerate 10 tasks in five sectors — the visa system, transportation, accommodation, a control tower for tourism and tourism content — to facilitate improvements.

Chinese tourists arriving on cruise ships can stay here only up to three days for group travel, compared to a week in Japan, KERI pointed out. It recommended matching Japan’s weeklong stay and giving people a choice between individual and group tours. There should also be better transportation infrastructure — for example, offering a unified ticket that tourists can use for buses, subways, trains, ships and planes. 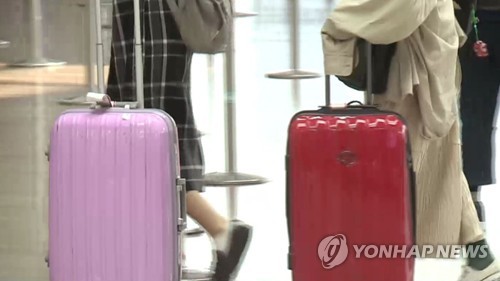 The institute said its suggestions were prompted by comparisons with Japan, which has seen a bigger increase in the volume of foreign tourists than South Korea.

KERI’s data showed that while the increase for South Korea was 5.4 percent for the years 2011-2017, it was 29 percent for Japan over the same period. South Korea’s tourism trade ended last year with a US$13.76 billion deficit.

The institute attributed Japan’s better performance to its focused policy on developing the tourism industry to boost the local economy and efforts by both the central and local governments to develop and advertise regional festivals and events, utilizing special characteristics such as nature, tradition, architecture and food.

Consistently removing visa requirements for Chinese visitors from 2011 and setting up exclusive terminals for them also helped the Japanese tourism industry, KERI said.